‘I don’t want to be left behind any more’, one young man said. Lacey, 22 years old, told us that she ‘wants a place to call home’. One of our clients in Bridgend put it simply, saying he’d ‘rather not be here’ than go through homelessness again. Statements like these – vulnerable, raw, and human – came up during conversations with people who had experienced or were experiencing homelessness, as they talked about traumatic events earlier in their lives.

We’ve published some research which highlights how powerful and important events like these can be when it comes to shaping a person’s later life. Sometimes, if a person doesn’t receive the right support, traumatic experiences at one point can lead to more traumatic experiences later, beginning a cycle that can force someone into a terribly vulnerable and chaotic position.

The Real Voices, Real Trauma report was carried out by Nia Rees across Wales over the course of a year. Nia spoke to people aged 16-25 who had experienced or were experiencing homelessness, as well as members of staff at various organisations engaging with or supporting these young people. The aim was to investigate some of the reasons that people attributed to their becoming homeless. Homelessness is, of course, a complex issue that might come about for a variety of reasons.

We’ve produced a Real Voices, Real Trauma report summary which highlights the main findings, a few of which we’ll highlight here. In-depth interviews were carried out with 30 people – ages 16-25 and evenly split in terms of gender.

Half of the group had diagnosed mental health issues. These issues included, but were not limited to, Post-Traumatic Stress Disorder (PTSD), eating disorders, depression, and personality disorders. I suspected this number would be high, but I was surprised that one in two people were suffering from a serious mental health condition.

Only 7% of the group highlighted alcohol or drug use as a key driver leading to their homelessness, while 80% said that such activities would become a feature of their homelessness. This reversal of a common misconception is something we’ve brought up before some people experiencing homelessness turn to drugs as a last-resort form of self-medication, and only rarely do so prior to becoming homeless. This is particularly true when it comes to hard drugs.

Almost half of the group became homeless in large part because of relationship breakdown within the family – often there was conflict between the young person and their parents.

17% of the young people said that the death of a close family member affected them so much that this became a key factor in their homelessness. In some cases, a parent died, which put additional pressure on the remaining parent. This led to the suffering and breakdown of the rest of the family.

Finally – and I wasn’t expecting this – nearly one in four members of the group said they had experienced violence, abuse or sexual assault within the childhood home, sometimes at the hands of a family member, sometimes a friend of the family.
We are not suggesting that experiencing any of the traumatic events above automatically leads to a person becoming homeless at some point. What is important is to recognise that events like these can impact a person to such a large extent that it becomes more likely that more trauma will occur further down the line.

To reinforce Nia’s work and get a better sense of how our own young clients felt about some of these issues, we carried out a small but illuminating piece of research at our Young People’s Project in Bridgend. We asked staff and clients a series of simple questions about mental health issues, drug use, and traumatic events, as well as the role they can play in later life. The results do align with what we found out as part of the Real Voices, Real Trauma project.

Clients and staff all agreed that mental health issues were common in this group. In fact, the young people interviewed explained that they all considered themselves to have at least one mental health issue, and that they thought the same of all their peers. people also agreed that traumatic events earlier in life played a powerful role in shaping later ones. Everybody also placed huge importance in learning to manage a tenancy.

Although Wallich staff at the project noted that drug and alcohol use was fairly common among their clients, one person suggested it wasn’t any more common than among young people generally. Other work we’ve done recently also suggests that alcohol and cannabis remain far more common than hard drugs for these young people. This seems to align with Nia’s findings: use of hard drugs in particular is rare until someone is in the potential chaos of homelessness.

The Real Voices, Real Trauma report makes several recommendations. We’re happy to let our readers know that most of them are already built into the work we do. Our staff have a deep understanding of Adverse Childhood Experiences (ACEs) and how they can affect a person’s life; they use this knowledge to inform their work supporting vulnerable people on the streets.

What’s more, The Wallich is rolling out the innovative ‘PIE’ approach across every project. PIE stands for Psychologically Informed Environments and refers to supporting a person with an awareness of their psychological context. In practice, this can mean a range of things: giving a client more control over the decoration of their bedroom, providing psychotherapy sessions, and organising activities that clients are likely to engage with – to name just a few.

We’ve already heard about the importance of tenancy maintenance courses, and why it’s vital that people learn the skills they need to live in a property over a longer term; at The Wallich, this is something we offer as part of supporting our clients.

We have faith in our clients and acknowledge the difficulties they’ve experienced in the past. Nadia, 17, highlights the importance of this approach, talking about her support by saying ‘they want me to do well’.

A member of staff from Bridgend had this advice, not just for our clients but anybody experiencing homelessness: ‘don’t give up!’

The Wallich certainly doesn’t intend to give up. Whether our clients, young or old, struggle to keep trying to rebuild their lives in the faces of the kind of trauma highlighted by this important research, we’ll keep working with them. 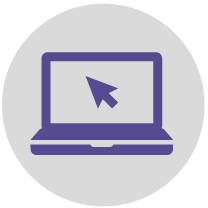 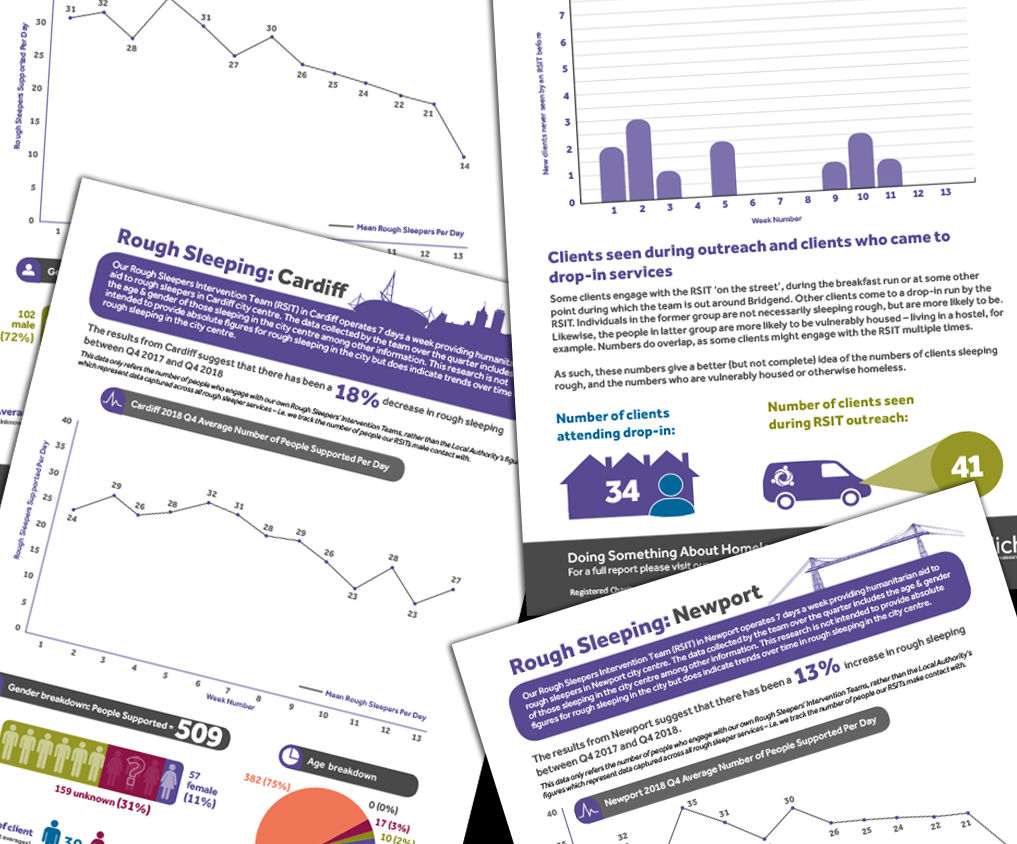 Our Services
Find out more