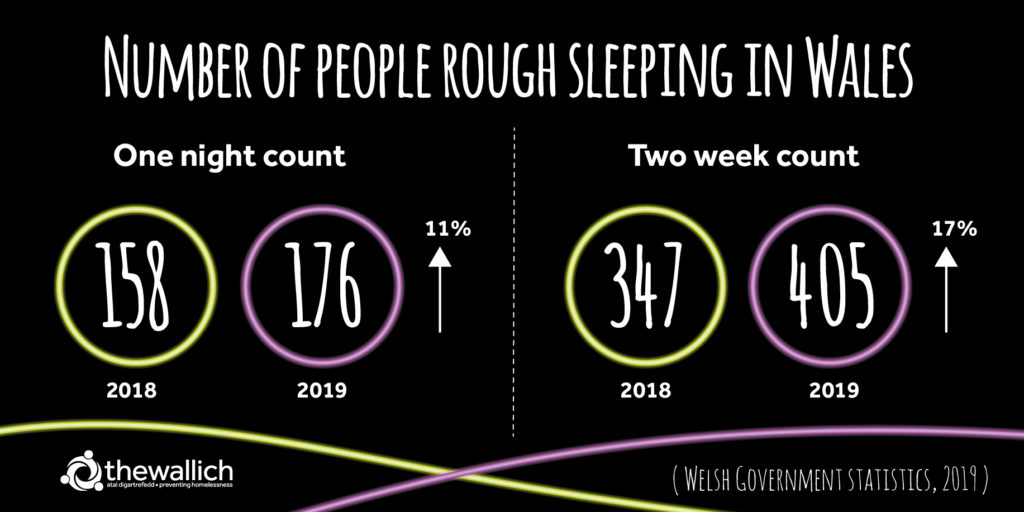 It is estimated that 405 people were sleeping rough across Wales during a two-week count in October 2019 – a 17% rise compared to 2018. During a one-night snapshot in November 2019, they found 176 people sleeping rough – an 11% increase on the previous year.

“Everyone is disappointed and no-one is surprised, from decision makers to people on the ground, and this is unacceptable. We should be surprised; we should be shocked, and we should be outraged at the continual year on year increase in the number of people sleeping rough across Wales.

“This figure should be a rallying cry to all of us that we need to do better. We cannot allow year-on-year increases in homelessness to become normalised – this is when we fail.

“The figure of 57 people seen sleeping rough in Cardiff on the one-night count is similar to our own figures but it is important to mention later that month we saw numbers as high as 76 people in a single morning in the city centre alone.

“One-night counts have their merits as a snapshot, but they can often hide the true extent of the issue. For example, we often see much higher numbers during the summer months when extra cold weather provision is not available.

“We are working with Welsh Government on a national database (the Street Homeless Information Network SHIN) which would give us accurate figures throughout the year.

“The government figures also show a huge increase in areas where there is less investment in outreach provision, such as Caerphilly and Conwy where the number of people sleeping rough has almost doubled between 2018 and 2019. The people sleeping rough in these areas are as valuable and worthy of help as those in our larger cities. 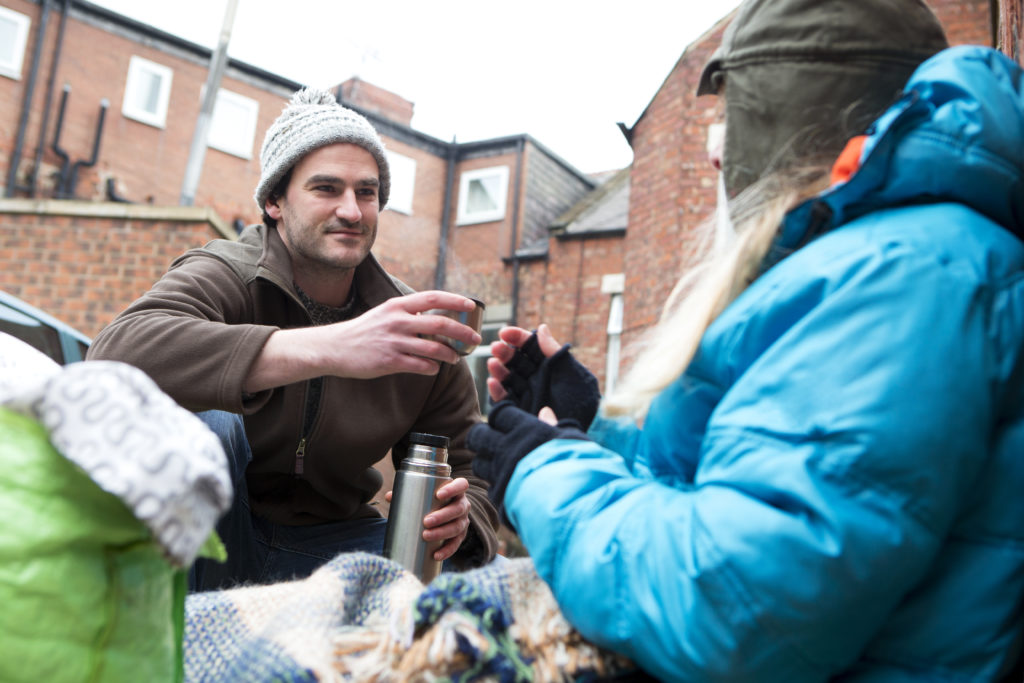 “Welsh Government has tasked the Homelessness Action Group to think afresh and do things differently, utilising the expertise available to achieve the change required. We are part of this group and whilst we have seen some tangible outcomes from our discussions, we need urgent action and for Welsh Government to rapidly implement the group’s recommendations, including a serious financial commitment.

“There has been a real terms funding cut of £37m from the Supporting People budget between 2012-2018. Without additional investment in the Housing Support Grant in the next Welsh Government budget, there is a risk that homelessness could get much worse.

“We also need a commitment to systemic change to remove the barriers that are leaving people unable to get out of the cycle of homelessness such as the abolition of priority need, intentionality, local connection and the use of the Vagrancy Act. We need to re-introduce kindness as a force that binds us together in our fight against homelessness. There is no more time for bigotry and victim blaming in this emergency.

“A minimum of 405 people across Wales need our help, our compassion, and to be our priority right now. As individuals, decision makers, service providers, businesses and as a nation, we must not fail them.”

The time for talking about this is over – it’s time for action and we urge you to get involved: