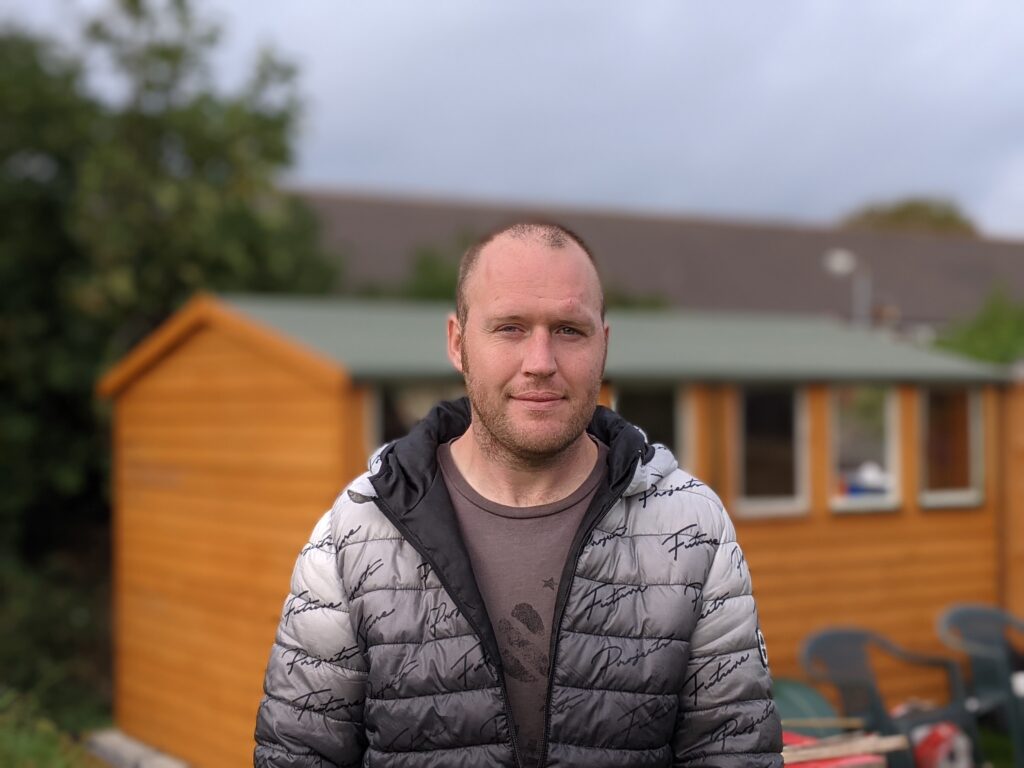 With help from The Wallich, Scott is now trying to navigate through his day-to-day life and achieve a better future for himself.

“I’m Scott, I live in Llanelli. I’ve been supported by The Wallich for about four years.

I came to be supported by The Wallich because I got placed in temporary accommodation in Llanelli after leaving prison.

I’ve never really been in for anything serious.

Pretty much every time I’ve been to prison, it’s been because of alcohol-related stuff.”

“I actually found it easier to cope in prison than I do on the outside.

I’d get up in the morning and have a gym session, then I’d always have art class and music class.

I just felt I had a better routine and I could cope better day-to-day.

I’d have a cell to myself. So, I had that space to go back on my own.”

Support from The Wallich

“I go on dog walks with my support worker, Andrew. I’m with Sarah on a Thursday and with Hollie and Laura on a Friday.

I think if it wasn’t for the support I get in the weekdays, I’d probably really be struggling a lot more with my drinking.

The support worker I’ve got now, he’s really good. He goes out of his way to help me. So, I’m grateful.”

“I want to get qualifications because I haven’t got any.

I like history. Maybe something in archaeology would be good for me because I’d be outdoors. Or working with animals.

I need to make my mind up because I’m not getting any younger.

My support worker, he was an addict until he was my age and he’s managed to sort himself out.

He was my age when he stopped doing heroin.

So, it makes me think you know, I’ve got a bit of time to sort myself out.

Though, he didn’t have the mental conditions I’ve got and I think that’s a lot of what I struggle with.”

“I have been working with Scott for around six months now.

At the beginning, Scott found it very difficult to manage his behaviour, mental health and substance misuse issues.

Despite this, Scott has always displayed a determination to better himself and get his life on track.

Working with him and seeing him progress is exactly why I love my job.

His determination to do well is admirable and it’s only the severe difficulties he has to combat, due to his mental health, that stop him achieving great things.

It is my hope that he will continue to grow and develop comping mechanisms to allow him to realise his goal of living a happy and fulfilled life.”

When talking about The Wallich’s allotment plot in Llanelli, in partnership with Keep Wales Tidy, Scott said:

“I come up here to get out of the flat and do some work. I enjoy doing it.” 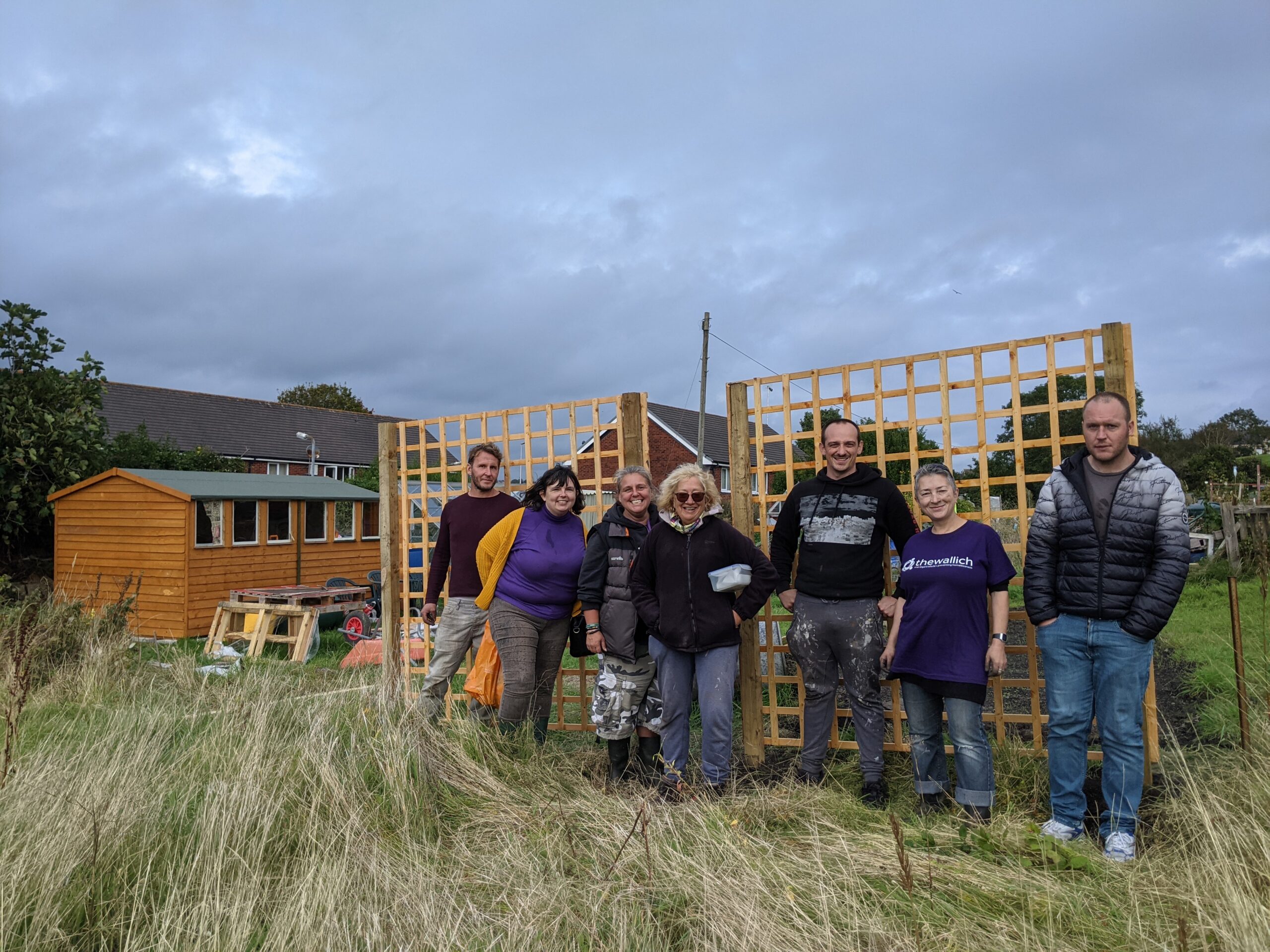 “I feel that Scott enjoys all the activities provided by Carmarthenshire Wellbeing Service.

We have been doing other activities such as cycling, walking and shopping.

In recent times, attending the allotment has provided a diversion away from substances sometimes.

Also, it has improved his ability to mix with others and have more of a purpose and focus in life.”

Find out more about our projects in Llanelli 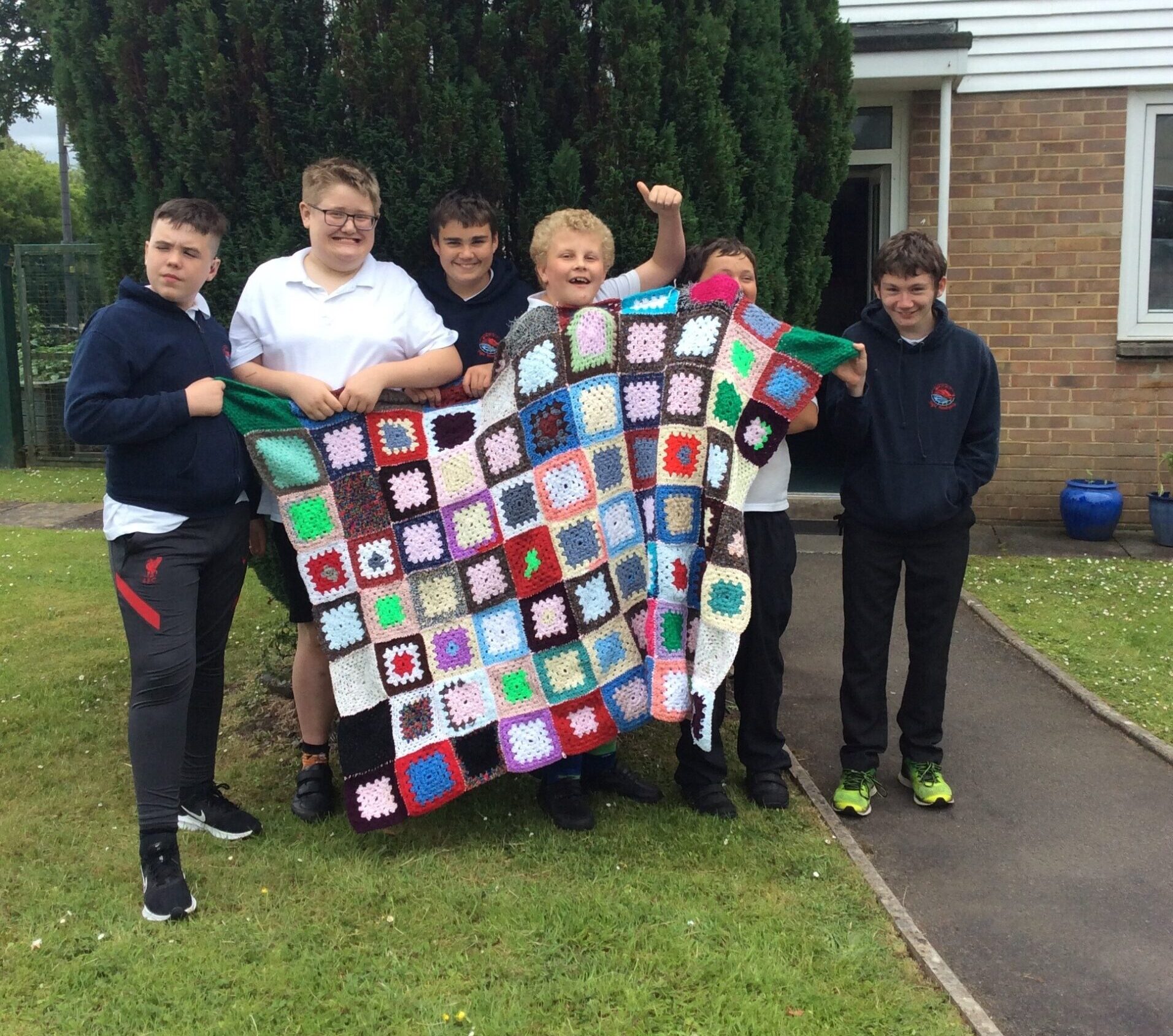 Fundraise for The Wallich
Find out more 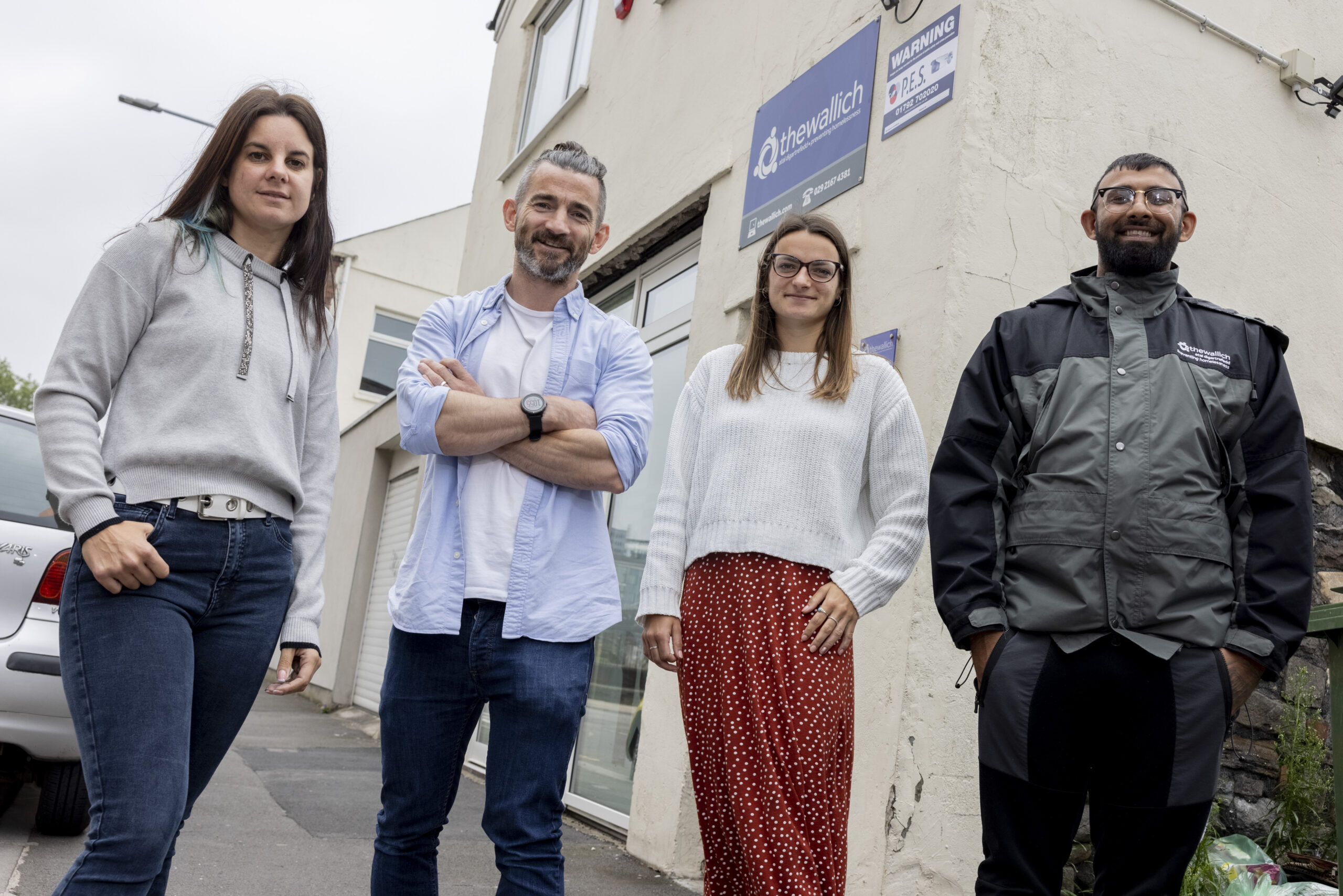 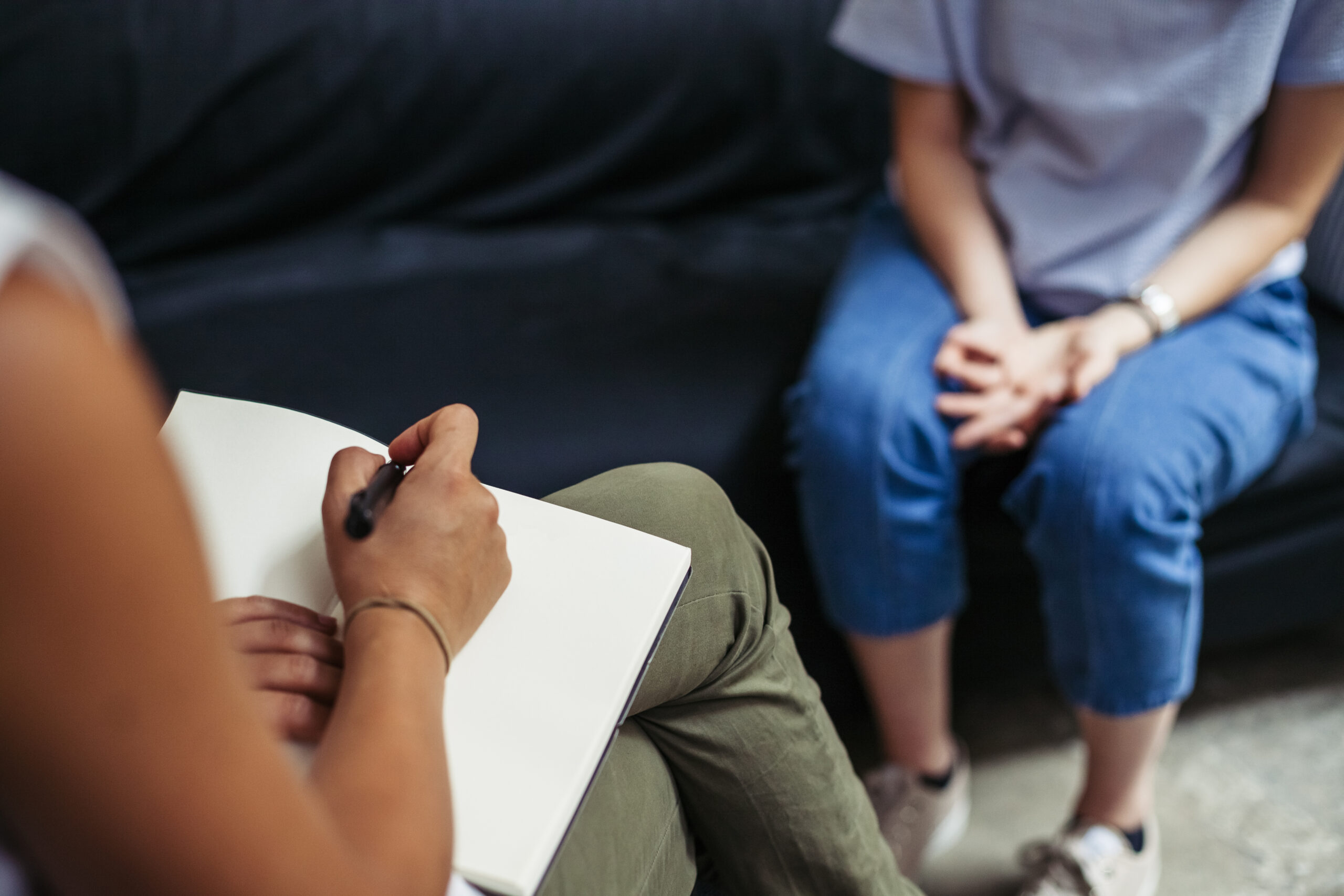